Monogatari is one of the longest anime series so far, from the main story and for the extra story, where anime which is adapted from this novel has so many series that it makes those of you who want to watch it become confused about where to start. 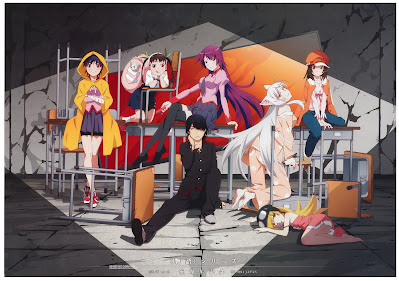 This one anime does have a series that is quite different from other series anime such as the fate series or toaru series which have a series that is in the same order as the release order. Monogatari series has a different order with the order of release.
Here I will explain how to watch the Monogatari series based on the Timeline, because this anime was released not based on a storyline, where the beginning and ending storylines were not released based on time.
1. Kizumonogatari : Tekketsu-hen( 8 January 2016 ) 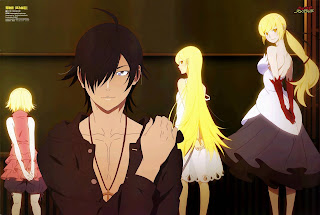 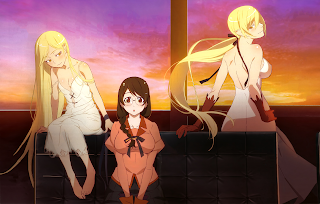 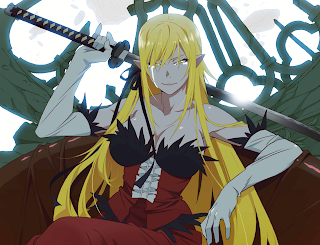 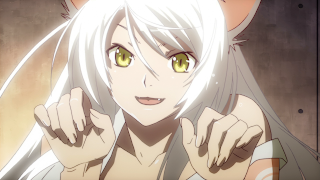 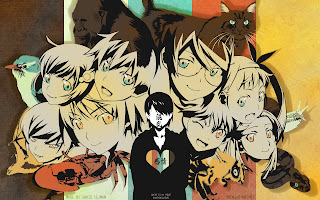 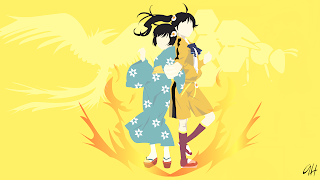 nisemonogatari will tell a lot about fire sisters, namely the younger siblings of araragi koyomi who often fill in the ending of bakemonogatari, where in this series Nisemonogatari will tell about fire sisters who are investigating the person who at Bakemonogatari made a talisman that made Sengoku Nadeko hit by the snake curse.
Besides that, in Nisemonogatari we will also see Keiki Deishu as a new character that appears where in Nisemonogatari Kaiki Deisu will act as an antagonist, even though at the end of his life Kaiki Deishu will be the protagonist in the Monogatari series.
Besides kaiki there are 2 new characters that will be present at this nisemonogatari, one of which is kaiki friend at collage who is also a specialist and a Tsukumogami named ononoki, which will later become one of the important characters who have their own arc.
7. Monogatari Second season ( 07 july 2013 ) 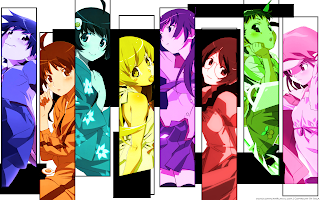 Monogatari Second Seaosn is almost the same as Bakemonogatari which has quite a number of arcs in it which will contain arcs belonging to Sengoku, Senjougahara, Hanekawa, Hachikuji, Kanbaru and several other characters such as Kaiki Deishu which will also have an arc here.
monogatari second season itself will tell a lot of existing characters from different points of view, starting from the point of view of araragi, shinobu, hanekawa and even kaiki's point of view.
Besides that, you could say that this second season monogatari is the middle of the monogatari series where the introduction of the existing characters was started by Kizumonogatari and bakemonogatari then continued with the introduction of new characters in nisemonogatari then continued with the emergence of various problems in the second season monogatari.
One of the big problems with Monogatari Second Season is the change of Sengoku Nadeko into a Snake God and the disappearance of Hachikuji Mayoi.
besides that in the second season monogatari there were also lots of changes to every character, starting from senjougahara, hanekawa, karen, tsukihi and of course Sengoku. almost every important character in the monogatari series has a change in appearance.
8. Tsukimonogatari ( 31 December 2014 ) 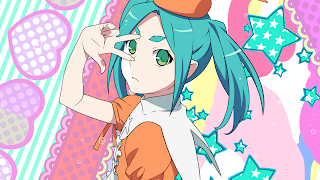 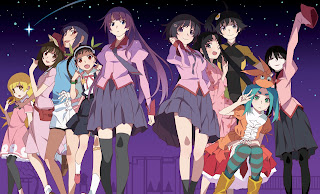 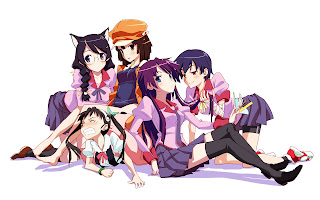 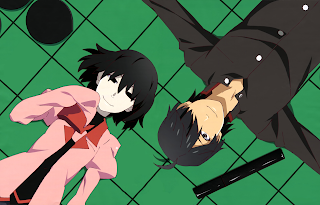