Tokisaki Kurumi's appearance in the anime Date A Bullet: Dead Or Bullet, much much better than The Ordinary Kurumi in Date A Live - Machanime
News Update
Loading...

Home en Tokisaki Kurumi's appearance in the anime Date A Bullet: Dead Or Bullet, much much better than The Ordinary Kurumi in Date A Live

Tokisaki Kurumi's appearance in the anime Date A Bullet: Dead Or Bullet, much much better than The Ordinary Kurumi in Date A Live 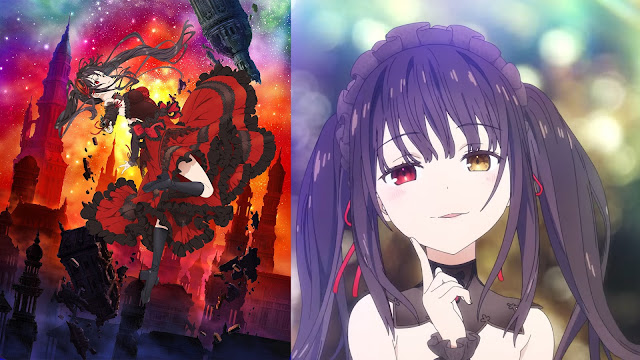 in the latest spin off of the date a live anime this is indeed the latest spin off from date a live so it is only natural that the visuals of the date a bullet anime are very good, it can be seen from the very good depiction of every character in this anime, especially for the depiction of Kurumi which looks very new and more colorful if we compare it to Tokisaki Kurmi in the previous date a live anime.
on date a bullet this time I hope that there is no very bad graphic decline that occurred on date a live season 3 which was released in January 2019, where in episode 1 of aniem date a live season 3 it can be said that the anime with the worst graphics that I've watched.
on date a bullet will present 2 main characters where the first character is Tokisaki Kurumi and the second character is the white queen or white kurumi which is described as a spirit who has an appearance that is almost similar to Kurumi and has eyes that are also almost similar to kurumi.
date a bullet will be released into 2 parts, where the first date a bullet will be released in August 2020 and the second part entitled date a bullet: nightmare or queen which will be released in November 2020. but it should be remembered that the two release schedules are schedules released for Japanese cinemas, so those of you who want to watch it in Indonesia may have to wait until the end of 2020 or maybe early 2021.