Lenses became an are very important thing for a camera, where cameras like DSLR and Miroless have interchangeable lens and have many different types of lenses for every singgle situation.

Some high-end lenses also have a price that is even more expensive when compared to the camera body itself. In choosing this lens, there are many things that you must pay attention to, starting from the type of camera that you will be buying the lens for and also the type of lens that you will use for what conditions.

For camera types such as DSLR cameras, you have to pay attention to the type of sensor and type of your camera, because the lenses for cameras that have Aps-c sensors and cameras that have full frame sensors are different. For the Canon type camera itself has a lens code for each camera And here are some types of lenses for canon cameras and their explanations.

Lens with the EF-S code

In addition, the price for canon EF-S lenses is also cheaper when compared to full frame canon lenses. Where the price range for APS-C lenses is about $150 - $900. However, it should be remembered that the Canon EF-S lens cannot be used on a Canon camera with a Full frame sensor because it can damage the sensor on the full frame camera.

Canon lenses with the EF code are indeed the most expensive canon lenses. Where the price is also proportional to the quality and capabilities provided. Where is the Canon EF-type lens apart from being used on a camera with a Canon full frame sensor. This lens can also be used on cinema cameras like RED Camera. 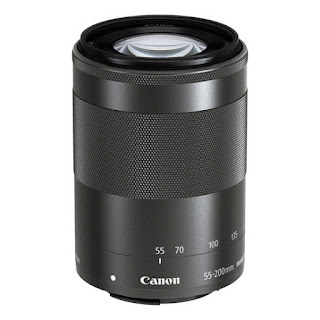 The EF-M lens is still quite a bit on the market besides that the price of the Canon EF-M type lens is quite expensive, although not as expensive as the EF-type canono lens, it can still make the bag drain.

And there are also lots of third party brands that provide lenses of the same type but at a slightly cheaper or even much cheaper price. Some recommendations for Canon's third party lens brands are Yongnuo, Tamron and Sigma. some of these brands have become well-known brands of lens providers.