The Fifth Adora Burst Hashira, That Will Appear in Enen Shoubutai Season 2 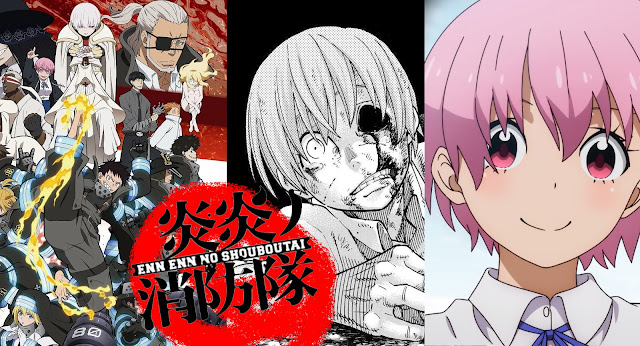 The 5th Adora burst user is Inka Kasugatani where she was a person who gained special power during a big fire incident a few years ago that made her able to see the future of fire, which with this power she can see the direction of fire that will come where the flame will form a rope.

At Enen Shoubutai Season 2, Shinra will visit the Special Forces 4. where he will meet Soichiro Hague, the leader of the 4th Special Force who is also the person Shinra saw while on the Adora link. His meeting with Soichiro Hague also triggered Shinora's Adora burst which made him meet someone similar to Iris. Character that is similar to iris possibility will be told further in the next season of the anime Enen Shoubuta, fyi the girl that shinra meet was the first adora burst user in tokyo.

As shown on Pv Enen Shoubutai s2 which was aired a while ago. Where in season 2 of the anime enen shoubutai, it seems that there will be a lot to pick up the story of this big fire Arc and it seems like it won't adapt to special firefighters who will go to the plains of China to investigate the Adora Burst. In Pv of enen shoubutai s2 we also see the figure of the 5th adora burst user, Inka Kasugatani.