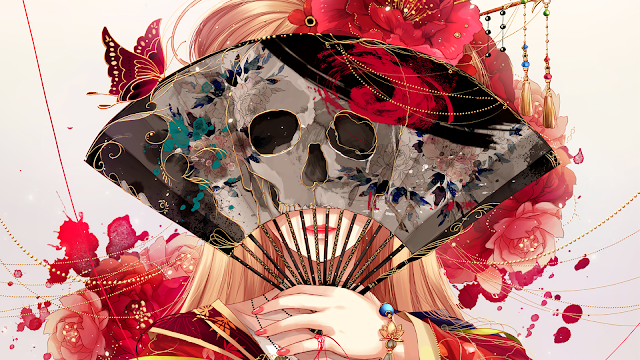 Spring 2020 has become The most boring anime season, with a lot of anime postponed in this season due to the pandemic. then the delay of the anime in the spring season not only affects the anime in this season but also affects to the other anime that should be aired in the next season to get the affect of this delay.
Beside the anime delays in the spring season, there are also many other anime that should be able to air earlier but due to a change in schedule in the spring season makes some anime that should airing in next season get delay, where there are some anime that got delay in 1 season and also there also anime that got delay for a year.
spring 2020, I honestly has a lot of anime that actually I have put into my watch list and also I have been waiting for some anime that should release in in season but with the delay makes me have to delete some anime from my watch list and also it makes this season was so bored for me.
In spring 2020 is only filled with very few exciting anime, I personally only like 2 anime in this season, it is Kaguya-sama Love is war s2, Toaru Kagaku no railgun T and Gleipnir which in my opinion are only the 2 anime anime which is quite recommended for this season, where both anime has several elements that can make it an recommended anime.

I am personally quite bored with the anime in this season, which are only filled with anime that has less interesting stories, and in my opinion the anime that is airing in season except for the 2 anime that I have mentioned above, has a lot of shortages, starting from anime which has an exciting storyline but has bad graifs and also an anime that has standard graphics but has a less exciting storyline.
Actually there are also good anime that have aired this season, but due to production problems making the anime must be postponed, one of the anime that was postponed in the middle of the attack is Houkago teibo Nisshi and Fugou Keiji Balance, where both anime are also recommended anime for watched, but after viewing a few episodes, both of the anime were immediately postponed. I hope that with the revocation of Covid-19 Emergency Status by the Japanese government some time ago it will be able to make anime that will air in the summer of 2020 will not experience delays like this spring 2020.