Does the anime that was postponed in this season will be Continue after the removal of the emergency status - Machanime
News Update
Loading... 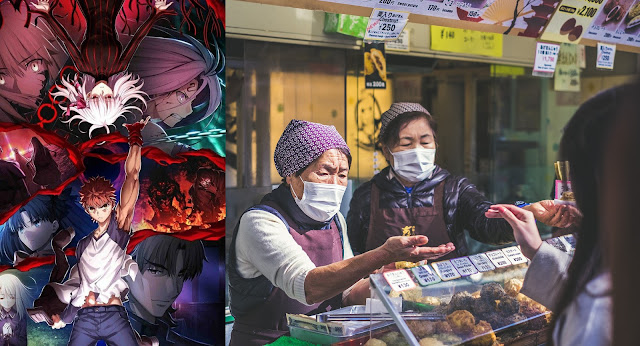 After a past week ago the Japanese Government has officially removed the Emergency Status of Covid-19. With the revocation of Covid-19 Emergency status, many Japanese people have re-established their daily routines, which as we know after a month ago the Japanese government set Emergency Covid-19 status throughout the prefectures which made a lot of community activities there disturbed.
One of the effects of Covid-19 in the past few months has make a lot of anime show schedules to be postponed. because of the covid-19 emergency status also makes some anime that are in production or waiting for the broadcast schedule to be postponed.
But after the removed of Covid-19's emergency status by the Japanese government, will the anime show schedule return to normal? For some anime that is an anime movie that will be shown in the cinema, it will certainly be re-aired, but it is different from seasonal anime which has 12-13 episodes that air on TV.
The anime which is seasonal anime that aired on TV is likely to be postponed and will be aired again next season, where if we look at the airtime for the spring season itself has arrived in the last weeks, where the anime has been postponed since Episde 2 or 3 which will continue airing this season will have very little time and may have an impact on the anime's airing schedule which will be released next season. so it's only natural that later all anime that has been postponed will be aired again next season. where the studio will choose to re-release the anime in the new season.