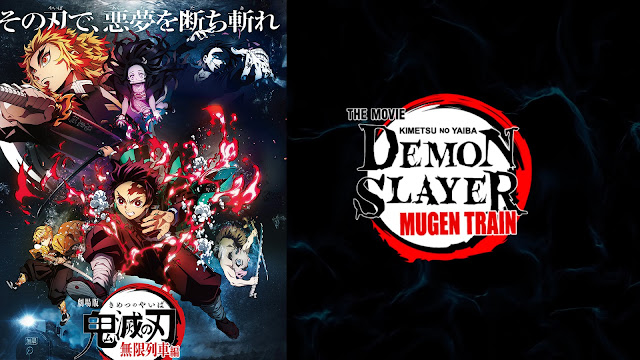 The latest movie from Demon Slayer, titled Demon Slayer: Mugen Train, will released soon in Japanese theaters on October 16, 2020. Where the first movie from the anime Demon slayer will tell the arc of mugen train, which in this arc Also we will see for the first time how the battle between the uppermoon demon against Hashira.
As posted on the official website of Demon Slayer, where they still include the same release date which is October 16, 2020. Where it means that the released date of anime movie Demon slayer : Mugen Train Will not get delayed, and will released on schedule. Demon slayer anime is one of the anime that is being very hype in the past season ago, where in the first season of this anime suddenly makes it the top publisher in its season
Demon Slayer's anime tells about Kamado Tanjiro's journey in finding a way to be able to restore his sister who has turned into a demon, after his entire family was attacked by a demon that made all his family die and related his sister who had turned into a demon.
In Demon Slayer : Mugen Train will continue the story from the first season of the anime, where kamado tanjiro will go to investigate the disappearance of people on the train journey. In Demon Slayer : Mugen Train we will also see how hashira fight with their full power.
In Demon Slayer : Mugen Trains will likely end with Sad ending, where there will be one important character who will be killed in this movie. But whether it's Happy ending or Sad Ending, it all depends on you because I also don't want to give too much spoilers to Kimetsu No Yaiba: Mugen Ressha-hen, so that later you can enjoy while watching the anime.