List of characters in the anime Gleipenir and Their an explanation About Their Power || Gleipenir - Machanime
News Update
Loading...

May 01, 2020    en
About Gleipenir Character that Will Exist in the first season 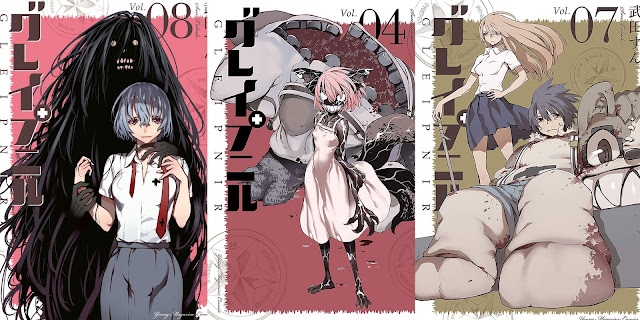 you could say this anime became one of the best anime with super power genre in spring 2020. considering there are many anime with action genre that was delayed due the covid-19 pandemic. making this anime one of the very popular anime in this season.

and here we are some of the characters in the anime gleipenir, who are likely to be appear in the first season of this anime. 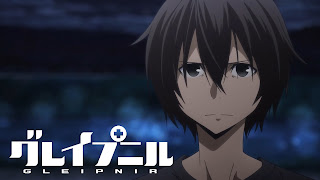 surely the fisrt character will appear in this anime is the main character itself, Shuichi Kagya. The main character of the anime Gleipenir has the power to turn himself into a dog-shaped mascot, which is where inside the dog mascot are empty and can be filled by others, people, and it according to shuichi wish that he want to someone fill him. when shuichi kagaya turns into a dog mascot it also increases his physical strength, starting from he can jump up to 5 meter and it was very high when compared to normal humans, and also the smell of the shuichi becomes higher when he turned into mascot mode, even though Suichi's smell was very strong even before he turned into a dog mascot.

for seuiyu from suchi kagaya is natsuki hanae which is a popular seiyu and has a good track record in Voice Over, one of the anime characters that is filled by natsuki hanae is kamado tanjiro from anime kimetsu no yaiba and also haise sasaki from anime tokyo ghoul: re. 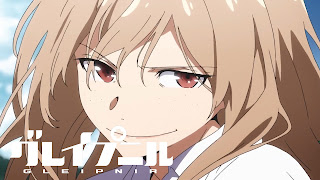 clair became one of few heroine in this gleipenir anime, and also became one of the most popular female characters in this anime. it is also supported by the character of clair which is practically quite wild, and bolder when compared with the main character, Suichi, and i think there are a lot of anime lover who like it. although clair aoki has the ability and courage that is pretty high and brave not make cleir become a great character or grear heroine. clair itself is different from shuuichi who has the power to turn into a monster in the form of a dog mascot. Cleir Aoki did not have great strength and only relied on the changes from Shuichi and entered into the Suichi changes and becoming one with the Suichi to fight.

for the voices from Cleir Aoki are the ones that are quite famous seiyu. The seiyu for Cleir Aoiki is Nao Touyama, who is one of the most popular seiyu who filled a lot anime characters, one of them is Kirisaki Chitoge who is the main character of the Nisekoi. 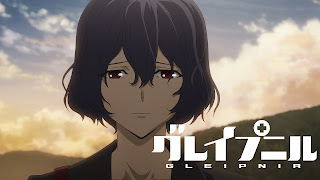 Elena Aoki is the sister of Clair Aoki and also one of the characters is in the spotlight in this first arc, where in the first arc of the anime Gleipenir tells about Suichi who helped Clair to find his sister.

Elena herself has a Yandere personality where Elena is attracted to Shuichi, and also Elena is the women who turn Shuichi into a dog mascot, cause she want be one with shuichi just like Clair do to suichi. therefore also in Episodes 3 & 4 we are shown elena who is very angry when she hear there are other women in Suichi's body, because actually Elena is the one who wants to join or enter Suichi's body, because Elena has a yandere to suihci.

The Seiyu of Elena Aoki is the most famous Seiyu and Voice Over a lot of character. the Seiyu of elena aoki is Kana Hanazawa and as we know kana hanazawa is a female voice actor who voices a lot of characters and characters whose voices by kana hanzawa is always famous. One of the characters whose voices are filled by Kana Hanazawa is Tachibana Kanade from Anggel Beats, Nadeko from Bakemonogatari and Satou Matsuzaka from Happy Sugar Life. and don't forget the Renai circulation song, which was also singing by Hanazawa. 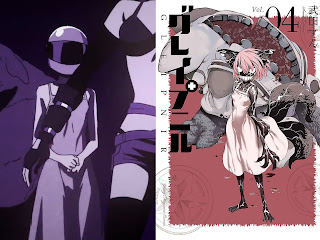 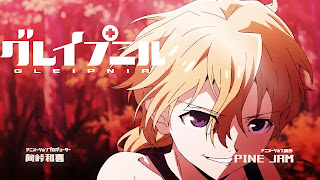 This subaru is not a subaru That Exist in anime re zero, and is very much different from subaru in anime Rezero and maybe the similarity between this two subaru is, both of them is a male. Subaru himself is a part of Elena Aoki Member and also one of the best characters in this anime Gleipenir, but unfortunately we still can't see Subaru fighting. This subaru has the power to call 2 male and female monster, it different from previous characters who change their bodies when they are changing.

For the Seiyu of Subaru are you Taichi who have a lot of experience in filling the voice of anime characters, but unfortunately the voices of this Subaru (You Taichi) have not been too many anime characters with too many roles or main characters.