This anime is an anime with a Romance and Comedy genre and have a little bit of drama in it. and there is also a harem presented in it where the main character kazuya will have lots of girls with him. and here are some characters that will be appear in the anime kanojo okarishimasu which will airing in the summer of 2020. 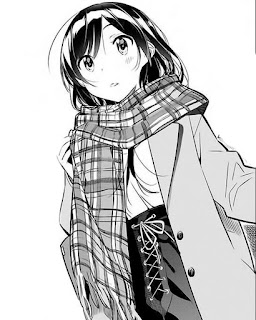 Chizuru is the main Women Character in the anime Kanojo Okarishimasu, or more usually called it as a heroine. Chizuru is a college student who also works part time as a rent girlfriend. where thanks to his part time work, Chizuru has also meet with Kazuya, the main character of this anime.

Chizuru is a student who has a part time job as a Rent Girlfriend. where she became a rent girlfriend to make some money for applying at acting school cause she want to be an actress, and also, Chizuru worked part time as a rent girlfriend cause she want to practice her skills in acting. I didn't know where the author got an idea to make a story like this, which i think it was a brand new idea.

in the anime Amamiya Sora will become the seiyu who filled voice of Ichinose Chizuru. where Amamiya Sora is one of the most experienced seiyu and has also filled in a lot of famous anime characters such as Aqua from the Konosuba anime, Fujimiya Kaori from Isshukan Friend and Elizabeth from the Nanatsu no Taizai anime. 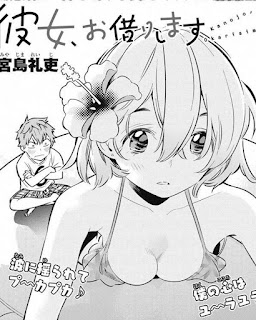 nanami mami is a female character who is a kazuya ex girlfriend, and also a character that makes kazuya got in sorrow when he is decided by nanami mami. but then nanami will try to get kazuya again, after kazuya has "dating" with chizuru, and became chizuru boyfriend.

for seiyu from Nananami mami is aoi yuuki. a seiyu who also filled voice of Hinazuki kayo from Boku dake ga inaimachi, tsuyu asui from boku no hero academia and kousaka akiho from the anime Boku no Kanojo ga Majimesugiru Sho-bitch na Ken. 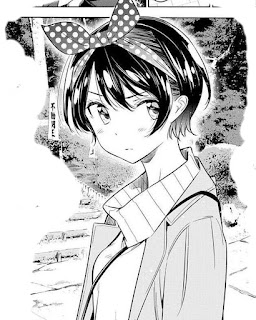 and the First Person Who Makes Her Heart Beat up is Kazuya. And because of this makes Ruka bacme closer to Kazuya and want to be kazuya girlfriend. it different to Chiziru who pretended to be A rent Girlfriend with Kazuya because both of their families are knew each other. and it was so pathetic to Ruka Cause all of Kazuya Family are know that Chiziru is Kazuya Girlfriend and Ruka it Just Kazuya Friend but in the fact Ruka is the Real Kazuya Girlfriend

for the Seiyu of sarshina Ruka is Touyama Nao, which is a less popular seiyu. however there are several characters whose filled by Touyama Nao and became quite famous. one of them is Karen from the anime Kiniro Mosaic, Kirisaki Chitoge from anime Nisekoi and Yuigahama Yui from anime Oregairu. 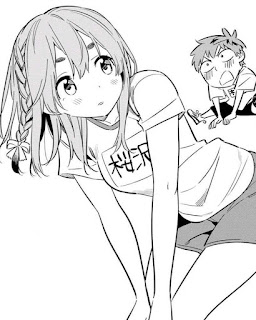 Sakurasawa Sumi Become The Last Character Who gonna Appear in Kanojo Okarihsimasu because in the anime sakurasawa sumi will be Appear in a little bit longer after ruka arc has done. and the possibility in the anime is also like that.

sakurasawa became the most kawaii heroin in the kanojo okarishimasu where ahe has a nature shiness and it different from the other three characters who have quite active. sakurasawa is also one of the girls who works part time as a Rent girlfriend where she also has the same goals as Chizuru and Ruka. sakurasawa works part time as a Rent girlfriend cause she want to increse her condidence cause she is to shy to talk with other people.

for the Seiyu of sakurasawa sumi is Takahasi rie. which is one of the famous Seiyu and has filled a lot of famous characters like megumin from anime konosuba, Takagi from anime karaki jouzo no takagi-san, mash from anime fate grand order, Hime from anime kakushigoto, and the most famous is Emilia from anime Rezero.

and that is some of the heroin that will be Appear in anime Kanojo Okarishimasu actually there are still other characters who will be present but it seems that the anime will not adapt to that chapter, so I will only discuss it till Sakurasawa. and if the anime Kanojo Okarishimasu will get season 2 then I will discuss other characters who will be present later.