Adobe Xd is one of the most popular softwares for UI design, Adobe XD is also the most popular UI design software to date. besides because adobe xd is a free UI design platform, the tools contained in adobe xd are also very easy to understand. with these advantages increasingly make adobe xd become one of the very popular platforms. Some other advantages that Adobe XD has is that it can share projects with other users using Adobe's cloud system, Adobe Cloud. where every PC or laptop that is integrated and has a license can open the same project. and makes working using adobe xd even easier. 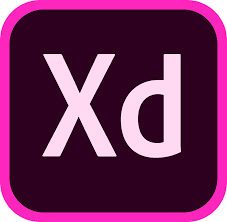 of all these advantages, it's no wonder adobe XD is the most desirable platform in the design of a UI. making UI using adobe xd platform is not only used by Starup, but also used by middle range companies. because indeed the tools available in adobe XD are very sufficient in making UI.

What Can We Do Using Adobe XD 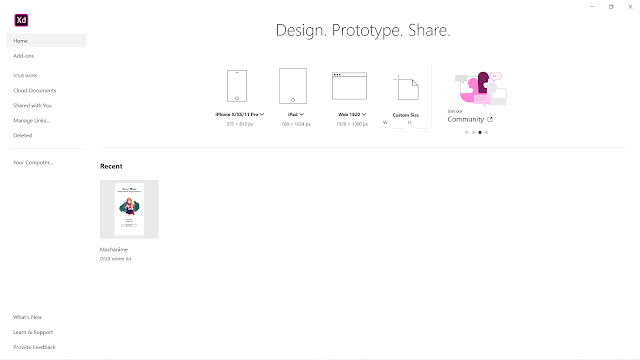 by using adobe xd there are so many things that can be done. starting from making UI design for a smartphone, Tab, Web even for a device such as smart TV and also Smart Watch can also be done on this adobe XD, it is because the way of working of adobe xd is almost similar to adobe photoshop where we can manage custom resolution.

for some devices such as Smartphones, Tablets and also the Web has provided the initial design of these devices, it makes it easier for users to use this Adobe XD. but for other devices such as smartwatch and smart tv, we have to adjust the resolution of our project to be able to fit in with that device 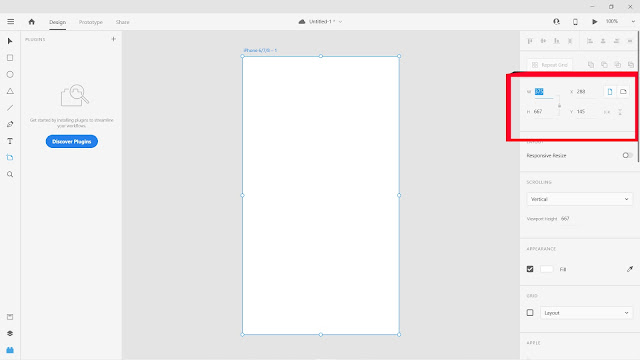 Tools That you can use in adobe XD 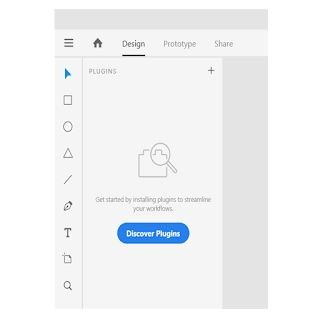 in adobe Xd there are 2 main tools namely design tools and prototype tools. where design tools are used to design each UI layer to be used. starting from designing each button, designing menus, designing icons etc. a set of prototype tools is useful for connecting each layer to be used. where we will connect between each button so that the button is responsive and can be used and clicked.

to use the prototype tool we only need to select the button that will be connected to each other where if the button is clicked then it will connect the button with the menu. In addition to these 2 main buttons there are also other buttons that are used to draw and also make shapes.

the tool for making drawings and making shapes is located in the left corner of the adobe xd menu bar. The menu bar is used to design the layout of the UI that we will create. there are tools for making shapes, inserting images and also making images, and also adding text.

And those are some of the main things that must be known before creating the UI on the Adobe XD platform, there are still many other things that can be learned from Adobe XD to make the UI design quite complex. in my opinion adobe xd is very enough if we want to create a responsive and clickable UI. and adobe xd also supports a very complex UI design but it all depends on our creativity in using this adobe XD.