Where Should I Start When i Want To be A Mobile programmer || Android Studio, Xcode, Flutter - Machanime
News Update
Loading...

Home en Where Should I Start When i Want To be A Mobile programmer || Android Studio, Xcode, Flutter

Where Should I Start When i Want To be A Mobile programmer || Android Studio, Xcode, Flutter

In 2020 the needed for programmers is getting higher and higher, it is caused the needs for the industry which has entered the digitalization age and also started the IoT (internet of things) which has begun to be implemented by several companies in order to develop their businesses, one of the things that is increasingly improving the need is the company's need for mobile programming. It is also influenced by smartphone users who are getting more and more and almost all residents already have their smartphones. Companies also want to develop their markets so they can get more customers from these smartphones user.

With the increasing for programmer's needs, makes there are a lot of people that want to become programmers, but to become programmers, we cannot only depending on the knowledge that universities provide to us. Because based on my experience, the knowledge gained from the university is not enough if you want to become a programmer. Because at the university they usually only teach the basics of programming and they rarely teach something more advanced, but there are also some universities that teach their students more deeply with programming.

Then if you want to learn more about programming, where do you should start it? I suggest if you already have basic programming whether it's from formal lessons in class or self-taught like from books and YouTube. you can start learning by making a project of what you have done, for example if you have initially learned about the Java language, you can start working on a project such as making a simple application. You can start programming on the IDE such as Android Studio which is indeed the platform we are used to in making mobile applications. Basically I started learning about programming using the C ++ language which was the basic lesson we were taught to learn about programming algorithms. But as I said earlier that learning that is given at university is usually only basic skill and we are the ones who have to develop that skill.

Then if any of you want to start learning about mobile programming where should you start ?? in my opinion you can start by learning java, you can look for tutorials of java on youtube because there are lots of tutorials about java that are already available on youtube. besides learning java you can also start to learning about Android studio, why is it android studio ?? once again because there are many mobile programming that use Android Studio as a platform to develop their mobile app, besides that you can also use other languages ​​in this Android Studio. One of them is dart which is one of the most popular languages ​​for mobile programming now. but if you want to start my advice you should start by learning java first. That's because if you start using java then you won't have much trouble finding the tutorial because there are already tons of tutorials about java on YouTube. but if you want to start from darts, the tutorial for darts is a little and you will find it a little difficult to learn them. But what language you choose is up to you. 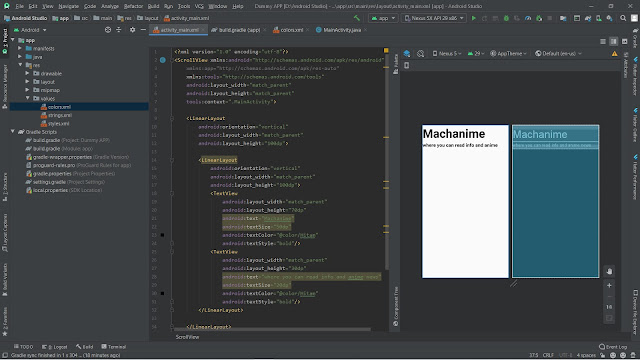