March 11, 2020    en
Finally, Go Toubun no Hanayome manga's has ended with a very good ending, where in the ending of the manga we are shown at the final who yotsuba are getting married with fuutaro and then also yotsuba is the winnner who had fuutaro love. Of course there are many of you who choose Nino, Itsuki, Ichika or even Nino, but the author of Go Toubun no Hanayome prefers Yotsuba as the winner of Fuutarou love and it is also a happy end for those who have supported yotsuba from the beginning. 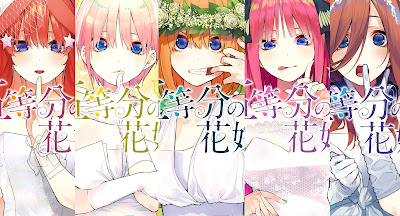 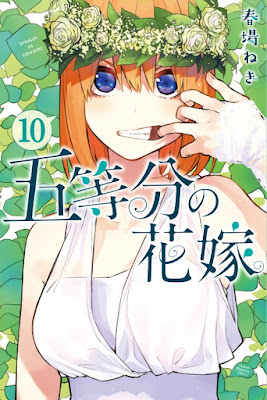 the visuals of Go toubun no Hanayome season 2 will get an upgrade in terms of visuals where each character is depicted to be smoother and the coloring for every characters are very good. and also due to changes in the studio, it certainly makes each character has a different depiction, and might make all anime mates feel a little different seeing each character there. 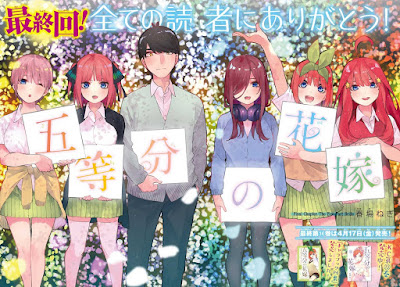 But like what i said before, the changement studio in this anime have more positive impacts than negative ones, like upgrading the visuals of the anime itself. and also for the number of episodes of Go toubun no Hanayome which will be released is still unpredictable, but we hope that the studio will adapt the Go toubun no Hanayome manga to the end and also to get 24 episodes.