Rem Re zero gonna be the most valuable waifu and most popular waifu in spring 2020 again ? || Re:Zero Starting Life in Another World S2 - Machanime
News Update
Loading...

Home en re zero Rem Re zero gonna be the most valuable waifu and most popular waifu in spring 2020 again ? || Re:Zero Starting Life in Another World S2

Rem Re zero gonna be the most valuable waifu and most popular waifu in spring 2020 again ? || Re:Zero Starting Life in Another World S2

and emilia was just a cameo character, because rem has a lot of scene compared to emilia, starting from the beginning of the story where Rem still didn't like Subaru or arguably the Rem hates Subaru then Rem that Subaru says when the rem are bitten and then bacme out of control oni, until the Subaru is being hunted by a witch and betelgeuse romanee conti. And the saddest scene is when rem are still trying to saving Subaru who was kidnapped by betelgeuse romanee conti. 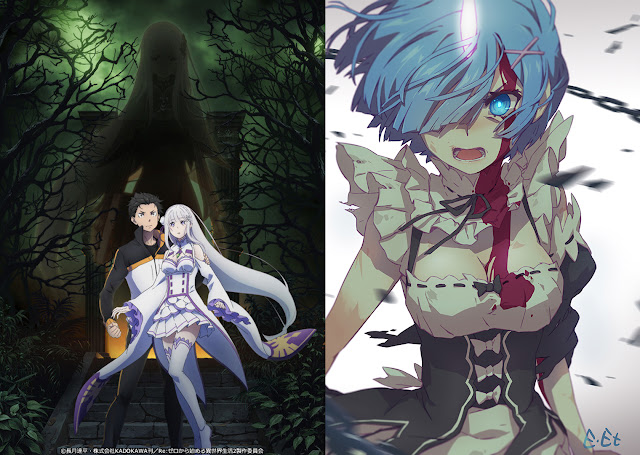 the strugle of rem re zero in season 1 was very dramatic, maybe that was also what made the rem re zero are very famous. But whether rem re zero will be popular again in rezero season 2 ??

Rem lived with her father, mother, and her old sister Ram in an Oni village. Initially, because they were born with one horn each, it meant they were defective in the view of the Oni community, who believe in individual strength above all else, and were despised for it.

They were to be killed as part of the custom of Oni to protect their pride as the strongest of the demi-humans. However, just before the execution, Ram displayed the potential of her power to protect them both, which shocked the community. Being allowed to live thanks to her older sister, who had an aptitude that had not been seen in a millennia among Oni kind, Rem spent rest of her days in her shadow.

Despite the presence of her sister also raising expectation for herself in the community, she could never meet them or surpass her sister in any area, which earned her disappointment from the other villagers. However, Rem loved her sister and accepted her place behind her and her parents still cared for them both deeply, even if she herself found difficult to believe in front of the brilliance of her older sister.

One night Rem's life changed forever when the village was attacked by the Witch Cult around 6 years before the beginning of the story, during which her sister's horn was cut off by Faust. The whole village got destroyed and her parents and the other citizens were killed, except for her and Ram.

but as long as i read in fanpage, in season 2 will focused to echinda which the new heroin in this anime, and maybe echinda will shift rem re zero. and a lot of re zero fans who read the novels who says emilia is the greates heroin in this seriel but that just hasn't been shown yet, as an anime watcher we just waiting till that happen. but because that hasn't happened yet we as anime watcher can only say that rem is the most valuable heroin in this anime.

Related Posts
re zero
Home
Give us your opinion