Darwin's game became a new and fresh anime in winter 2020 with a high rating and became a popular anime in this season to, darwins game with battle royal theme became very popular because the storyline was very interesting to watch. This anime, which carries the theme of battle royal, had a story of a teenager named Sudou Kaname who's dragged by he's Friend who sends him a link to download an unknown game named darwins game. 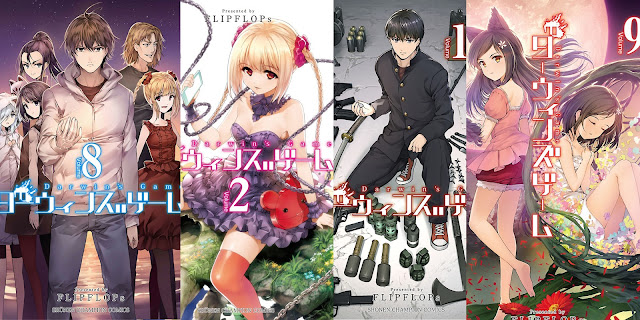 High school student Kaname Sudou receives an invitation from a classmate to play Darwin's Game, a mobile game he has never heard of. However, as soon as he opens the application, a green snake suddenly pops out from his phone screen and bites his neck, leaving him unconscious. Waking up in the infirmary without any signs of a snake bite, he is told by the school to take the rest of the day off. Although he is puzzled by what has happened, he dismisses the surreal experience as a hallucination and boards the train home.

Exactly on Saturday March 21st, this anime also aired the last episode of season 1 where at the end of the story Kaname and his Clan sunset revens were defeated Clan Eight and at the same time killed wang the leader of the Clan Eight. But at the end of the scene after the ending song of this anime is finished playing, we are shown Kaname who was carried away by the darwins game GM again to a place that looks like an unknown island. Is that a sign that darwins game will get season 2 ??

After Sudou Kaname successfully defeated clan eight and also their boss wang, then Kaname and sunset revens will control the entire Shibuya region which is a former area of ​​clan eight. Kaname and sunset revens make an announcement to all darwins game players so that they do not play darwins games on sunset revens territories which is all place became sunset revens territories. There are some things that are not visible, a bit exaggerated in the ending of game darwins, one of them is the scene when wang will be defeted due to losing in the darwins game. It is shown in the anime that Kaname shot Wang's face until it bled and then Wang finally disappeared after the game over in the Darwin game, but actually in the manga part of Wang's head will be removed by the game and not shot by Sudou Kaname.

sunset revens were not only famous throughout Shibuya but also began to be famous almost throughout Japan. If you know in season 1, there are character Named Hiiragi Ichirou, later his daughter Hiiragi Suzune will be saved by Sunset Revens, after Hiiragi Suzune dragged by a nurse from the hospital where he was tricked and cheated him to play and joining became player in Darwin game. 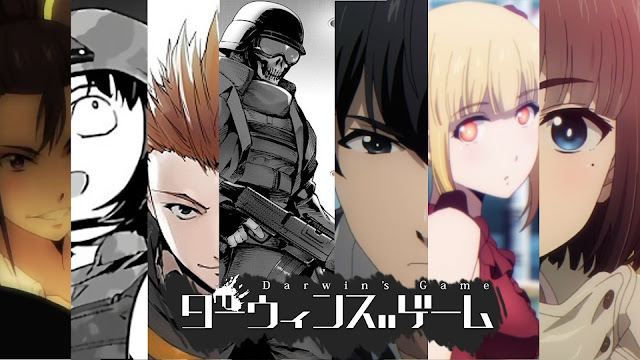 at the Beginning of Darwin game season 2 will be adapted starting from hiiragi suzune joining the game, then kaname are sent to an unknown island to participate to the new event where he will meet ouji kimihiko In the Darwins game new event, Sudou Kaname will play as a solo player because all other members of the Sunset Revens like Shuka, Rein or Ryuji don't participate in this event. But in season 2 of the darwins game, Kaname won't be the same as Kaname in season 1. In season 2 Kaname will be bolder and because Kaname already has a lot of experience, starting from being trained by Danjou, Xuelan, Ximing and also has defeated Wang who is the boss of eight, making Kaname in this event has become a veteran player who has a lot of experience.