March 12, 2020    en
firts, i would like to say my grieve to the countries affected by covid-19 (corona virus), because indeed the impact of this virus is very large both in the field of tourism and even the economy. and also the spread of this virus which is fairly easy, therefore i wants to urge that all anime lovers to always maintain health and also maintain cleanliness in the surrounding environment in order to avoid this covid-19 virus (corona virus).

and let's get into our main topic, the spread of covid-19 (corona virus) is like what i said before, which is a big impact on the economic life of a country, and it also affects to airing date of anime in Japan. 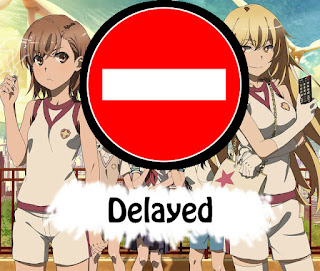 As we know, Japan is also included in the list of countries where one of its citizens is affected or infected with Covid-19 (Corona Virus), so that makes some anime that are airing even get a delay on the day of airing. one of the anime that gets delay due corona virus is Toaru Kagaku No Railgun T 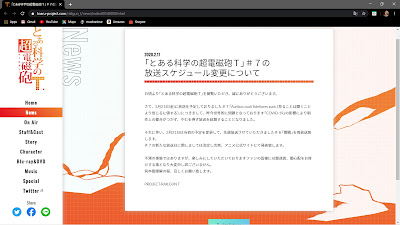 Thank you for always seeing AT Scientific Railgun T. By the way, about # 7" Auribus oculi fideliores sunt. "Which is scheduled to be broadcast on February 21st (Friday) Due to the influence of" COVID-19 ", production became uncomfortable and broadcast was forced postponed.

Along with this, the original schedule will be changed on February 21 and we will re-broadcast # 6 "The War" which was broadcast last week. The new broadcast date # 7 will be announced on the anime's official website as soon as it's decided.

Even though this is an unexpected situation, we apologize for the inconvenience and worries of our fans who look forward to it. Thank you for your understanding. 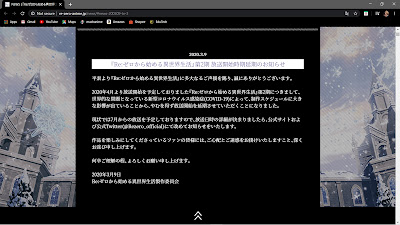 besides Toaru Kagaku No Railgun T, another anime affected by Corona virus is Anime Rezero s2. as given on the rezero website where the production of the rezero anime which was also disrupted due to the spread of the corona virus made this anime forced to post the airing date until next July