Recomendation Anime With NTR Thame, That Wroth to watch || machanime

NTR-themed anime or Netorare is an anime with a love triangle theme where there will be a love relationship between characters that involve more than 2 people. In the anime itself, NTR-themed anime usually contain 3 characters whether it's 2 female, 1 male or 2 male, 1 female, but more often, 2 female and 1 male. there are even anime which have NTR themes that have more than 3 characters 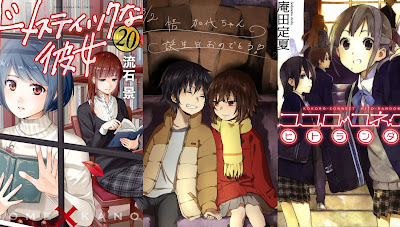 and here are some NTR Anime, that are admin recommendations for you guys 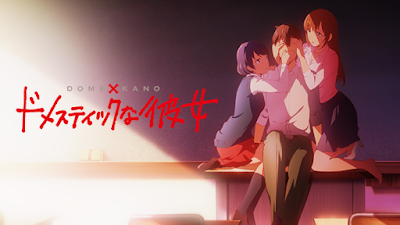 This one anime you must have often heard, yes, the anime is very popular because of its opening opening is indeed the best NTR themed anime in early 2019 ago. This anime tells about a high school student named Natsuo

"In his teenage years, some things can hurt people more than the hurt that comes with unrequited love. That is what happened to Natsuo Fujii, who found himself enthralled by his cheerful school teacher, Hina. Feeling overwhelmed by this unreachable desire, Natsuo laughs at his friends and attends a mixer, where he meets Rui, a girl who lacks enthusiasm to rival himself, after being attached to their mutual awkwardness, Rui brings Natsuo to his home and asks him to have sex with him, hoping the experience will stop him. his friends treat him like a child who doesn't understand "

admin think this anime is one of the anime that the ending is pretty nasty where Rui still believes in Natsuo even though Natsuo himself prefers Hina sensei over Rui. 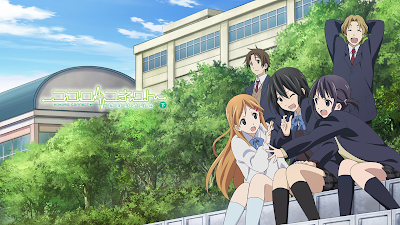 next is kokoro connect, why did the admin enter this anime into the list because in this anime there are very few elements of NTR in it, yes indeed the NTR elements in this anime are not so exposed as Domestic Na Kanojo anime.

but if you watch this anime to the end then you will see the NTR elements that occur between inaba and Nagase who are fighting over taichi. and unusr NTR in this anime is very visible until the end of this anime, where in the beginning of the story Taichi will be close to Nagase and the two of them are almost dating. but in the ova / add version of the anime which only contains 4 episodes. Inaba also won Taichi from Nagasa. and Inaba only needed 4 episodes to win Taichi's heart

" One day, Aoki and Yui experienced a strange event when, without warning, they changed bodies for a short time. When this supernatural phenomenon continues to occur randomly among five friends, they begin to realize that it's not just fun and play. Now forced to be closer than before, they soon find hidden secrets and emotional scars from each other, which can eventually destroy their club and friendship " 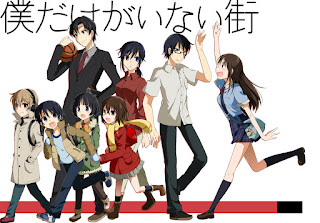 This Boku Dake ga Inai Machi anime has a basic storyline which is mystery. but we will not discuss it, but we will discuss the NTR elements in this anime

When tragedy was about to strike, Satoru Fujinuma found himself sent back a few minutes before the accident occurred. The 29-year-old and separated manga artist has taken advantage of this powerful yet mysterious phenomenon, which he calls "Revival," to save lives.

But indeed if the admin becomes kayo the admin will definitely leave the main character.