Darwins game became one of the most popular anime in winter 2020 and it is supported by the storyline of the anime which is interesting to watch, and one of the interesting things from this anime is the main character, Sudou Kaname. with sigil (the term force in darwins game) the forger made Kaname quite overpowered in the anime.

but the most interesting thing about Kaname is that he will later have Clans / family in the Darwin game consisting of various powerful players in the Darwin game, and in total there are 10 players in Kaname's Clans, and Kaname's Clans was named the Sunset Revens. indeed, if calculated based on the number of episodes that will be released, not all members of sunset revens will be displayed in this anime darwins game, and the possibility of Clans members from kaname will appear completely in season 2 of the anime darwins game. 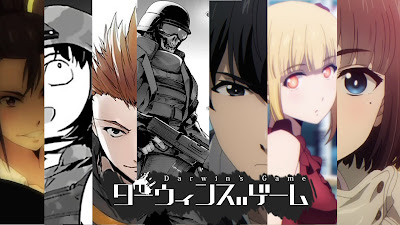 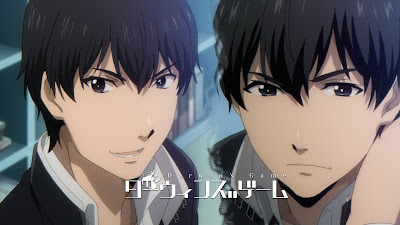 sudou kaname itself is the main character in this anime darwins game, and is the chairman of sunset revens. sudou kaname is said to be an ordinary high school student who was dragged into playing this darwins game due to being sent a LINK to download the game from the theme.

Kaname Hinokagutsuchi's Sigil is a power where he can make a variety of weapons by imitating the weapon, if the admin says sigil like Kaname is similar to emiya shirou's trace on from the fate series anime. but Kaname's sigil is limited and cannot be used to make various types of weapons at once like emiya 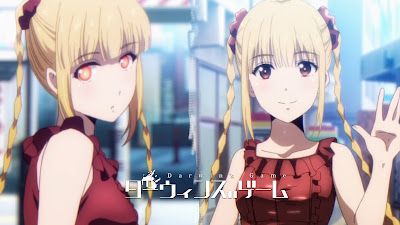 Karino Shuka was the first heroin in this anime to meet Kaname. Shuka is an S-level player with the title Ratu invincible until Kanem beats him, and joins the guild. Shuka is said to have a sigil in the form of 2 chains that he can control easily and named Queen of Thor. where the chains can extend or pierce anything the shuka wants.

in terms of strength Shuka is a player with a very great power where he can defeat his enemies easily and without any sympathy. but of course Shuka also has a weakness. and Shuka lost several times while fighting Kaname and Sui. 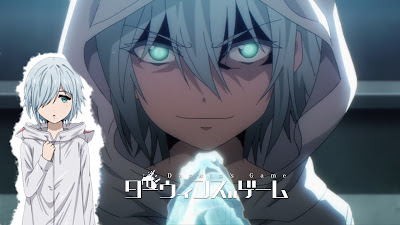 Sui is the second loli character shown in the anime darwins game. sui has a Pollux light sigil where he can control all kinds of objects such as water and others. but not only that sui is said to have 2 traits or can be said to have multiple personalities. in the case of his second personality or second soul is his brother Souta who has sigil castor light where souta can freeze all kinds of liquid things like water.

Sui and Souta themselves have one body and have 2 souls or personalities, where if needed personality and the soul can be exchanged. in terms of capabilities according to admin sui / souta this is quite op. and coupled with the personality of Souta who is indeed a little Yanke, makes Sui / Souta one of the best heroin in this anime. 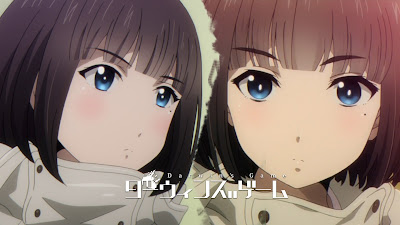 kashiwagi rein is the second heroin and the first loli and the best heroin in the anime darwins game according to admin, rein has a laplace sigil where he has the power to predict the future and make himself able to avoid various kinds of attacks by predicting the future. besides being able to make him avoid attacks, sigil laplace has rein also makes him able to know what will happen if he does something or arguably he can know the consequences of an action.

the weakness of rein sigil according to the admin himself is that he cannot predict the future too far and may only be able to predict approximately 1 - 5 minutes ahead. Besides having a Laplace sigil, Rein is also a giver of information in the anime Darwins game and is one of the members who provides information for Kaname's clans / guilds. 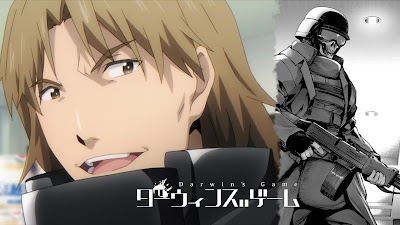 mesaka ryuji first appeared in the arc looking for treasure in Shibuya. and in his first appearance Ryuji was the enemy of Kaname and intended to kill Kaname to take the bracelet, which was one of the important items in the event. Mesaka Ryuji has a Sigil True Or Lie where he can find out whether the other person is lying or not.

After the arc searching for treasure in Shibuya Ryuji will join the clans made by Kaname, Sunset Revenns. to become the strongest clans in Japan. 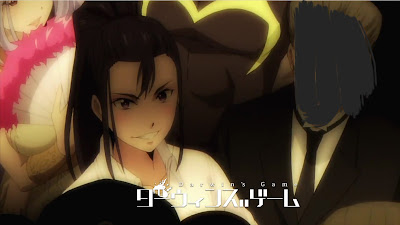 Liu Xuelan is one of the players who will end up hanging with Sunset Revens, and has the nickname untouchable, and is assasins, for the sigil and how to fight the admin still doesn't know much and indeed this character is still quite secretive and hard to find in the manga about the explanation of this character 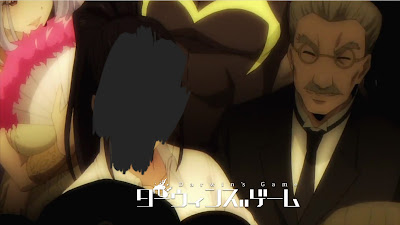 same as Lie Xuelan, the information about ximing is still unknown, even the significance of the meaning is unknown. but ximing is told is a butler / servant of xuelan lie 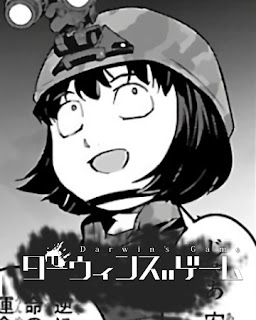 is a member of Sunset Revens who has a sigik that according to the admin is not so good, but is slightly better than Ryuki's sigil. where Kimihiko's sigil is the Third Eye where he can see various kinds of things through his sigil, but he can only see at a distance of less than 50 meters. 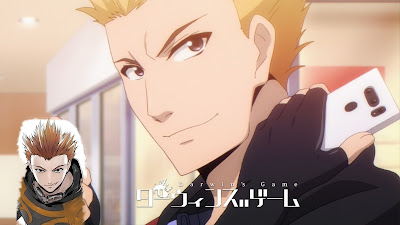 is one of the players who had wanted to fight Kaname just before the event in search of treasure in Shibuya, Inukai has a speed star sigil where he can move quickly, coupled with the martial ability of the Inukai makes him stronger

According to the admin among Sunset Revens members besides Kaname and Shuka, Inukai has the most great fighting ability where he can defend himself plus his sigil abilities which makes him even more powerful.